We departed Perth 0600 hours on Wednesday 15 May 2013, travelling initially to Dubai on a Boeing 700-200LR – 11 hours flying time – arriving Dubai 1300 hours.Gary took us down at 0400 hours – got there before 0500 hours – very quick check in – the girl took Sandra’s passport and boarding pass and forgot to hand it back. It was not until I realised that Sandra did not have her boarding pass that we twigged she did not have her passport either – we went back – how the girl would have found us I do not know. Took John Marlow’s advice and went straight through to customs – processed – had a body scan – having to take off your belt is a pain – I had to do that every time I went through a scanner unit. 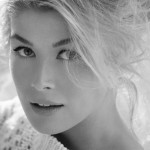 The Emirates 777-200LR (long range) needs a face lift – it looks very tired. All that sitting gave me a sore bottom. We were sitting in a 3 seat arrangement. The chap next to me is from Port Hedland. He mentioned taking his wife and two (quite young) kids on an open ended ticket to Europe. His first stop was going to be Paris. The food on the plane is not up to the mark. Sandra thought we would get three meals for the 11 hour journey – we got two. Although Sandra liked the meals I did not – that comes from being thoroughly spoilt by Sandra’s cooking at the Robin Court restaurant. Saw the Jack Reacher movie (Tom Cruise) and quite liked it. I especially liked the female lead (Rosamund Pike) – what a babe!

We had a wait in Dubai of just over 2 hours. The stop at Dubai allowed us to buy some tobacco for Brian Martin – quite inexpensive – will give it to Brian as a gift. I called Brett from the lounge using my tablet and the Pennytel app. The call just went straight through. The flight left Dubai at 1510 hours on a Boeing  777-300ER . The second leg of the journey was in a much better model of plane (I must be getting fussy in my dotage) – it was almost empty – lots of room to use the spare seating to sleep. Food again was just okay – 2 meals supplemented by afternoon tea sandwiches. 7 hours 45 minutes flying time with arrival at Glasgow 1955 hours. You are travelling backward in time so you arrive on the same day that you left. Glasgow customs processed us quite quickly – our bags were not checked. We were met by Linda Martin (husband Brian is in Aberdeen) and her son (Alan) – in Avonbridge by 2100 hours – cup of tea and then to bed. Slept very well.

We have been to Avonbridge before in 2010 and are very lucky to have hosts like Brian and Linda Martin. They really make you feel welcome and their home feels like your home.

I took my laptop with me because I had set it up with all the necessary software I needed to enable me to write about our travels but also to have communication (Internet and telephone). I realise how useful the laptop was as I could not have managed without it particularly for accommodation and travel bookings. A phone by itself is not sufficient.

The next day (Thursday 16 May 2013) we spent the morning playing around with our gear ( I took a laptop, a tablet and 2 mobile phones). Sandra took a tablet and 2 mobile phones). We realised that we needed international plugs to  allow our electronic gear to charge correctly. Sandra tried to buy some plugs in Perth and could not find them anywhere. Linda Martin suggested we visit Maplin Electronics (in Falkirk) and we found the correct plugs for our needs. Also bought a wireless dongle for the laptop (service provider – Vodafone). Terrific store – all things electronic. You could lose yourself there all day. Then went shopping in the One Pound shop followed by lunch in an American theme restaurant called “Frankie and Benny’s” – they ask you to include a gratuity as part of the final bill.  What is interesting is that the places we visited are actually outside the main shopping CBD for Falkirk – place called “Retail Park” – parking if free unlike the Falkirk CBD.

Friday 17 May 2013 was another shopping day. We picked up Linda Martin’s grand-daughter (Emma) from her school – took her shopping at Aldi – this is the company that is already set up in eastern states Australia in competition with Woolworths and Coles – very keen shopping prices with a set range of products. You can save money shopping at Aldi. Lunch at Morrisons – – just like Coles and Woolworths but they also offer a café style of dining – nice food and friendly service. Drove to Bathgate railway station – checked on the process for booking our train tickets from Edinburgh to London. Returned back to Avonbridge. WCE beat North Melbourne – the world is being set to right again.

Saturday 18 May 2013 was more shopping and lunch. Falkirk in the morning – get some folding money from an ATM and do some shopping the main part of the town (you have to pay for parking when you go there unlike Retail Park). Spent the best part of the morning and early afternoon trying to find accommodation in London – nothing available on the dates we selected (22 May to 26 May nights). Eventually settled on a booking at the Holiday Inn Express London Greenwich which may require a taxi ride from London Kings Cross railway station. Another option is using the tube which I have accessed and it is quite easy to get to Greenwich from London St Pancras. Also booked train travel from Edinburgh Waverley to London Kings Cross Station. Got a good price for that. Discovered that you cannot make a booking until you have first registered an account (eastcoast.co.uk) – had to phone them and ask if my original booking went through as I could not locate it in my account – it helps if the website tells you that. Was I wrong about this booking. Read on. Went out for a pub lunch – very nice – very cheap eating and good value. Then to Falkirk for some folding money and some shopping. Sandra bought a top at Marks and Spencers.

A lazy day on Sunday 19 May 2013 – slept in and had a nice cooked breakfast – cooked by MOI assisted by Linda. Then went out and bought 2 x Sunday papers – spoke to the shop owner who recognised the aussie accent and said that his wish was to go to visit Perth. Went for a long walk in the afternoon. Misty weather and quite cold. Took our mobile phones to see if either of could get a service (the Martin’s live on the edge of the Vodafone envelope and a service is not available in their home). Both Sandra and I got a service on our way back from the walk some 200 metres from the Martin’s home. We called each other and all seemed to be well. Go here for my thoughts on the use of sim cards bought in Australia.

Monday 20 May 2013 saw us wanting to go into Edinburgh to confirm our eastcoast.uk train booking (Edinburgh to London). Linda Martin took us into Bathgate station (you can see Sandra lounging against the post) to catch the train to Edinburgh. Once at Edinburgh we went to the ticket collection area and found that there was no booking with eastcoast.co.uk. I phoned the company and spoke to Magda – she called back and confirmed they did not have the booking – they wanted a reference number which I did not have. I had kept a copy of the web page of my booking (as a precaution) but I did not take a copy with me (dummy – in hindsight I should have done that). Shopping in Edinburgh was good – bought a man bag (Sandra insisted) and a lightweight cardigan top (zip front). Lunch was Mexican. We had ice-cream in a restaurant called “fourth floor” opposite St Andrew’s square. Discovered that I could not call Linda Martin from my mobile phone – it worked fine in the morning – but not in the afternoon – I had a Vodafone UK service but the calls were not going through. Linda met us at Bathgate station. I used a phone at Edinburgh station to call her. On the way home I checked the mobile phone and the call went through to Linda’s home. Go figure! I checked the copy of my train booking around 5.00 pm and contacted eastcoast.co.uk and spoke to Karen – she asked me to email the copy of my 18 May 2013 booking to her – I did and waited for the promised phone call (in 10 minutes was the promise) – nothing at 6.00 pm and nothing at 7.00 pm – I phoned the company again. I discovered that I was not actually talking to someone from eastcoast.co.uk but to an outsourced company that handled out of hours enquiries (they are located in the West Midlands of UK). The chap I spoke to could not help and suggested I call back on Tuesday morning. He could not confirm if the email I sent had been received nor could he confirm if a second booking that I made (today) was in the database. Tomorrow’s phone call will indeed be interesting.

Made the phone call on Tuesday 21 May 2013 – spoke initially to customer support at eastcoast.co.uk – that section is useless because they could not help with my enquiry – got transferred to web support – spoke to Abdul – went around and around and discovered that my MasterCard would not register. The site is so badly designed that despite attempting to make an online booking (with Abdul on the phone) it would not go through. I gave up and decided to try to make an online booking using the Virgin site (they control the West Coast trains). Managed to get everything done without any problems. Thank you Richard Branson. We are going out to lunch today and meet up with Kath and Ronnie Martin. Sandra is doing a washing. We will pick up our train tickets to London at Bathgate station. Lunch was at the same pub we went to the last time. I had pasta followed a cheesecake. Shopping at Retail Park to buy some stuff for Sandra and another plug to allow us plug in the USB attachments of which we have a few. Got the train tickets at Bathgate station. London here we come.